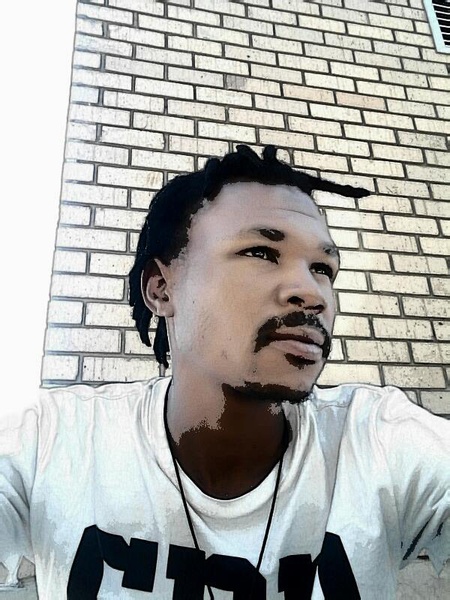 Bokamoso Coetzee was born and raised in Kuruman (Batlharos), he is a rapper and a song writer known mostly by his stage name “B’Okay”.Inspired by life itself, Bokamoso has a great story to tell. Growing up Bokamoso loved music and his favorite music was Hip Hop. This is because he believedHip Hop is the best music for an individual to express his emotions and was molding his mentality at the time. Bokamoso is now a Hip Hop musician and he refers tohimself as a HIP HOP slave.

“The pure love I have for HIP HOP is so deep that I sometimes sacrifice a lot such having sleepless night to make music and that’s why I call myself HIP HOP slave”, said Boikoanyo.

Bokamoso’s music journey started when he and his compatriots used to host hip hop shows. They would sometimes invite artists from outside Kuruman. Bokamoso described himself as a go getter, he wants to be heard and be recognised, unlike many other artists, it hasn’t been difficult for him to take on the stage. However like anyone else, climbing the ladder of music hasn’t been easy for him, provided that even though beingan artist means one could earn something, one has to pay too and him being unemployed made it difficult for him.

“It’s either you go find a job so you can push your music but for your music to be out there it’s going to require more music out of your pocket, you have to spend more for your music than yourself” he said.

Going forward Bokamoso plans to be the greatest Hip Hop artist in Kuruman. His experience of being given the opportunity to share the stage with some of the great artists such as Morafe, Khuli Chana, HHP and Notshi, Bokamoso consider himself half way through the way to being the best HIP HOP inKuruman. Other than doing music, Bokamoso uses his time to read novels and he not reading only for fun, he is reading to be a book writer one day.

“I read books in my own time. My life is not only about music and one day when I have a kid, he/she is going to be proud of the writer I am aiming to be. Reading books has helped me a lot in terms of writing my own lyrics”, added Bokamoso.

Like many artists I have had to interview, he believes Kuruman has a great talent. However due to lack of access to resources, he says many dreams have not been achieved. Bokamoso is currently working on an EP in which he will feature few artists and he plans to release it soon. He says this EP will be based on his experiences as an artist from Kuruman, more especially his life and his fans must expect a life time music. The Ep will be called Higher Viscosity and how he described it is that “he is slowly moving but highly focused”.