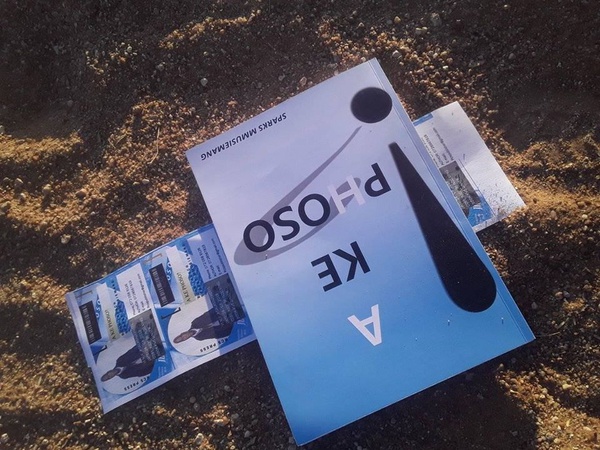 Drama in education is used for teaching and learning. “Sparks “ B.A.Mmusiemang  was born in a small community called Ntswaneng, which is found in west of John Taolo Gaetsewe in Kuruman. He is a teacher by profession. He has Diploma in Education.  He is been working for department for over 33 years. In education he is the first person in Kuruman to be called creative writer and the author of the book called A KE PHOSO. By being creative writer we meant a method that emphasizes self-expression, and training in spoken Setswana and literature appreciation. The term is also sometimes used interchangeably with development of literary ability, sentence phrases, informal writing, process writing, and framed idea.

Writing in education differs from authors. It could be a script of dialogue on a set in front of an audience. The most distinctive characteristic of creative writing is the lack of script writing. As part of writing in education, the entire class often plays improvised roles within an imagined context. As a result, there is no sharp distinction between actor and audience, the learner is both participant and observer.

Practitioners of creative writing in education often note their emphasis in process over product to explain their approach. While in a stage of production the focus is more on rehearsal as a means to an end, the ultimate product, in writing to education, the process is the end in itself. Students learn as a result of the choices and decisions they make during the development or improvisation. The classroom teacher facilitates the creative writing by building on the actions and reactions of students and changing the imagined context so as to create an episodic sequence of writing.

Creative writing gives students an opportunity to understand disciplines such as history and literature from different perspectives as well as to explore ideas from multiple angles. Thus, it fosters critical thinking. In creative writing, students and educators have various options such as role-playing, reading, editing, scriptwriting, technical approach to writing, and improvisation. Students who have engaged in creative writing are willing to take more risks. While students tend to feel anxious about creative activities initially, they gradually become more self-confident.

There was remarkable growth in research of creative writing in education at the end of the 20th century and the beginning of the 21st century. A number of journals, Writing and Imagery - How to Deepen Your Creativity and Improve Your Writing. Writing Research Journal, The AWP Official Guide to Writing Programs, and Youth magazine Journal, began to be published. Writing in education practitioners with preparation focused on the field also contributed to the field. By contrast, previous researchers had often been classically trained in writing before moving into the field of education. Research on writing in education has brought to bear a wide variety of methodologies in the study of classroom learning.

In public schools in the United States, writing creative techniques are used in two areas. One is more closely related to writing and reading of books as extracurricular activities. While creative writing is most commonly used in English classrooms, such techniques can also be used in a variety of other contexts, including history and foreign language learning.