It is crucial for young artists to be educated and to survive in music industry. 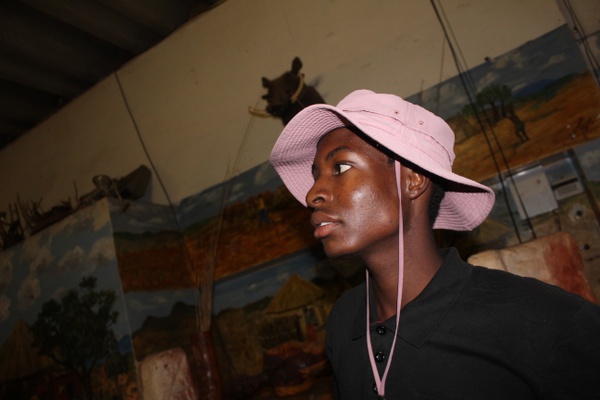 Jaypile was born and raised at Batlharos, he is a phenomenal reggae singer who believes that music is balm. Jaypile started singing at the age of 13 and he has been doing music for 6 years now. “When I was 10 years old I used to listen to reggae music and I was inspired by the message this kind of music convey. I found myself relating to every emotion the music is trying to express, explained Jaypile. Not only is he a singer Jaypile also plays guitar which he has been playing for only few months. According to him playing guitar is one of the most beautiful thing and it helps him express his feeling and give him strength to make facts in every song he writes.

His stage name “Jaypile “he said is to be one a colossal name. The name “Jay” was drawn from the name “young Jay”,when he realized his talent. The artist believes that it is important to have a stage name for fans to know him. The stage name helped him a lot as he said that when he first started, many people did not really like what he was doing and he was also told to quit, not only that but even other artists refused to work with him at that time. Due to challenges he had to face Jaypile wanted to quit but because he knew what his dream was he decided to first settle down and tell himself that he can do it.

The young artist believes education played an important role in his career. “Education is very important, if it wasn’t because of it I wouldn’t be able to figure out many things, you need to be educated so that you can reach many things that you wish for” he said. One thing I have realized is that many young people are quitting their education in order to pursue their dreams, well not many people really succeed. But one thing about our generation is failing to understand that not everyone can succeed without education. Cassper Nyovest is one of the richest rapper in South Africa who became successful to achieve his dreams without finishing his school, yes he might be an inspiration through his hard work and passion but our destiny can never be the same. I wanted to know his point of view about succeeding in music industry without education and he said “According to me I think you need to be smart enough to be able to recognize the difference between what is wrong and right.one can only going to figure this out if you are educated, for instance most of the time artists get robbed by many record labels. So education is the only key that will help you being smart”. I was proud because what Jaypile has said about people being robbed by record labels is actually something that is happening to many people in the music industry, our young artist are being robbed even after reading the contract. Thus it is crucial for young artists to know the importance of education and how much they need it to survive in this industry.

Jaypile is currently signed under the O’drew pop records and according to him the relationship he has with the record is a very fruitful one. “I am grateful and I thank God for this relationship we have,Drew is like a brother to me, he always encourages me and tell me that in everything I do education is the a right path to a better future”. Jealousy is the song by of Jaypile’s songs produced under O’drew record label in which he has featured a female rapper by the name of Fatso Mola. The song is a about fake friends and according to Jaypile even though he has not been in the situation before, he thought the song was to warn people about fake friends. The song is available on Audiomack. Jaypile is currently working on an EP (The road to El Dorado)and as he explains the song is about his journey towards change and reaching his dreams.