I was told that Hip Hop is only for guys and I should sing love songs instead of dropping bars. 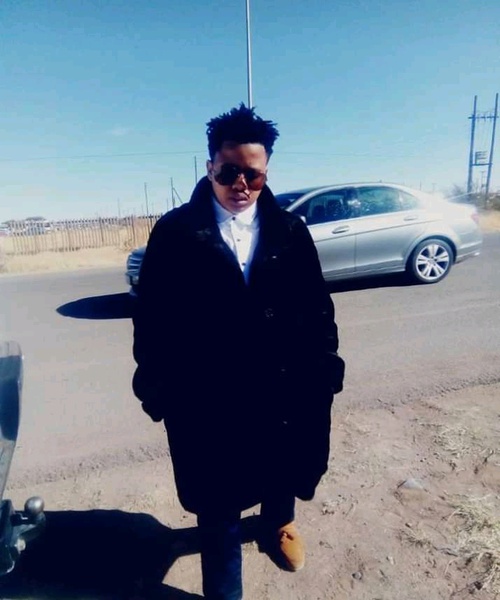 Fatso Mola is a young female rapper from Batlharos and she believes that there’s nothing much to tell about herself other than that she is fun, outgoing, partying, drinking and all the good stuff that makes one feel alive. She first started with writing poetry back in 2009 to early 2010.Her love for music began when she went to high school in 2013 and that’s when she learned how to write her own lyrics.“It was hard because once you on that edge of something, trying to learn something different there is too much pressure of you wanting it to be successful”, noted Fatso. When she realized that she could write, Fatso started to take music seriously and it’s been 11 years of writing as she counts.

Fatso believes that Hip Hop has always been her culture and growing up her brother used to have those Dvds of Snoopy Dog and Eminem concerts. What attracted her to snoopy and Eminem was their creativity and platform “They inspire me, they are my role models”she said. In 2015 Fatso debuted on stage and facing audience for the first time was difficult for her. “When you are new to something there will be people that will try to bring you down thinking that you are not capable of achieving your dreams, but when my song started to play everyone was dancing along with me, I even performed twice on that night” said Fatso.

Many people start feeling comfortable with their craft as they continue to perform but that is not the case with Fatso. This young rapper still finds it challenging to be comfortable on the stage. “I still have fear in me, I just take it one step at the time because standing in front of crowd you don’t know,still scares me” noted Fatso .Like many other female rappers, Fatso also experience the challenge of being undermined for being a female rapper.“The challenge I had and still have is that everyone undermines me because I am female also being told that Hip Hop is for guys ,that I should sing love songs instead of dropping bars”. However Fatso always stands her ground and she believes that for one to understand her language she has to speak it perfectly, therefore she always makes sure that she creates her own language when she writes music, knowing that everyone has a language has helped her to overcome the critics and being undermined.

We all know that it is difficult for many artists to survive the music industry. We have rappers that come with great-hit songs and then disappears for a very long time .However Fatso is one of few artists that have survived so far and her trick has always been making sure that her next move is better than the last one, so perfect that no one can ignore her and this has helped her to survive this long. Among other things Fatso has noted that one of the advantages of being an upcoming artist is that one can work on her craft as long as it takes and try out new things but one does not need to take too long because as soon as you are already in the industry, there would be no more time.

Fatso plans to be recognized all over the country and being that she is currently working on an untitled project, which she believes will be one of the best project in Kuruman ,she is so excited and she cannot wait for people to hear about the project. The project is about herself, her past relationships, current relationship, life in general, what the music industry has to offer and what she is offering to the industry. When I heard the word “Relationships” I couldn’t stop my excitement for the project, I can’t wait for it, I hope Kuruman will be happy to hear about it.