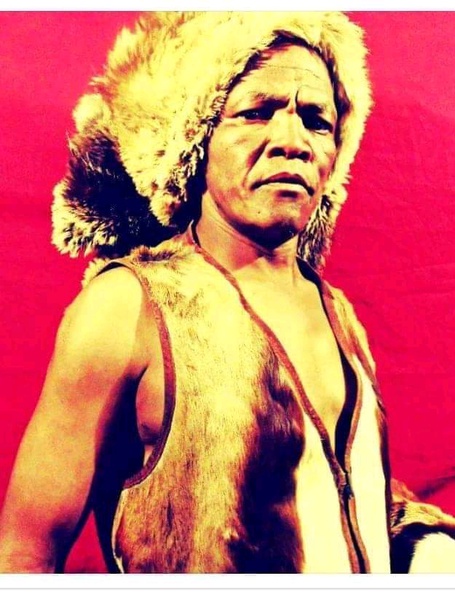 Motlhwahatshi Keupile well known as Lighties as well as Malaeza, is a singer and a music writer. He was born and raised in Northern Cape, South Africa. In 1996 he established a traditional group called Ngwao ya tshona. He wrote a range of award winning songs and is a 3rd time SATMA award winner. He chats with Omphile Magarimole about his journey, triumph and struggle.

Lighties attended Robanyane Primary School andthat’s where his education journey ended. “I was young, I didn’t really understand the importance of education because I was always beaten by my teacher to the point were going to school became a bit scary for me and I decided to quit”, explained Lighties.

Lighties grew up in a very traditional village called Batlharos around Kuruman town, he draws from his upbringing experience and knowledge to write his songs. His traditionalist way of living influenced his daily life, his hometown which is also his ancestral town serves as the key to his writings.His mission with the traditional group was to preserve his mother tongue and hence the name Ngwao ya tshona which means “our custom”.

“We live in the world in which we see people abandoning their tradition and culture, all this starts when people forget their languages and use English, I came up with the Tswana traditional group to preserve our language. When I started, I was doing gumboots dance, drama and traditional dance at the same time, this is because all of them serve the purpose to conserve our tradition and customs. But I realized that I won’t manage all of them and I decided to leave out gumboots dance and drama to focus on traditional dance”, he said.

Lighties fell ill recently and as the result he had to stop working. This has been very challenging for him and the group because he is no longer able to get resources for the group to strive, such as booking the studio time. However being a well-known, favored for his talent in his hometown and being the three (3) SATMA awards winner, he has and is willing to continue inspire other upcoming traditional singers, with his music.

“People will always remember me with my music, the energy I put in my albums has brought so much impact in my life. Even though I am getting old, I always try to show our young people that nothing is impossible ,that can go beyond his capabilities and achieve 3 SATMA awards, like I did”, laughs with pride.

With the support of his fans and family, Lighties believes that his first debut album Makgosi a Tshona opened so many doors for him. The album sold many copies and has also won him an award. Most importantly Lighties was able to release another album called Phou E Tshetlha , while still recovering from his illness and the album is also doing well.

“It was not easy working on the album, because I made it just after healing, however the album has sold many copies too”, he said. Even though he thinks he is too old to talk about future plans, Lighties is planning to release a new song which he is currently working on , soon after corona virus pandemic. The song is about the famous Zulu sangoma and book write Dr Credo Mmutwa, who unfortunately has recently passed away. The song will also touch on the invisible deadly disease Corona Virus. Lighties is one of the most respected traditional artist and he will always be remembered indeed his music and his achievement is what we will remember him with,

When I asked what he can be remembered with he said “Music that is one thing that people will remember me with”. he was the first ever person from our small town to hold SATMA award and go beyond his dreams. He inspired many upcoming artist. he says where you coming from it doesn’t matter nor determines your background all you have to do is to keep working hard. For that we are inspired and we can’t wait for his upcoming album.