He has also noted that nothing is easy 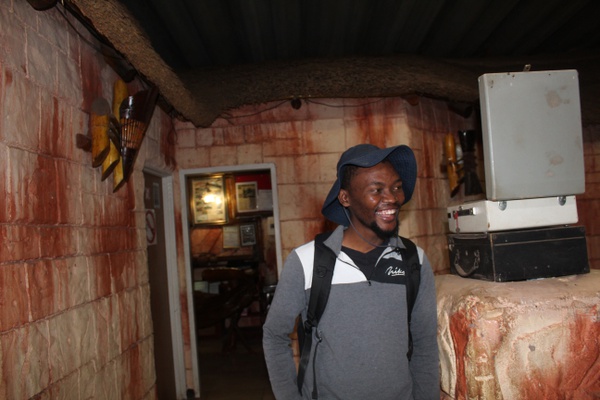 After having a chance to sit down with one of young entrepreneurs in Kuruman, Okgethile Andrew Mereotlhe well known as Drew, it was surprising how much information he had about being an entrepreneur given, that he has been in business for about only 4 months now.  Drew is the owner of O. D POP Enterprise, he is a humble, innovative, risk taker who has had the entrepreneurial spirit since 2015. I believe Drew is an entrepreneur because he has the drive and determination to be successful and has took time to learn about business before opening his own been successful. Thus he holds N6 in financial management from NCUT in Kimberly. Even though his reason for stating a business was to be his own boss, being an entrepreneur is more than being your own boss to Drew, it is a way of life.

During my interview with Drew, we talked about the different characteristics he attained to help him throughout his ventures and he believes characteristics that are essential to succeed in entrepreneurship include working on your ideas and not giving up. The biggest thing he stressed was a good work ethic “sometimes I do not make what I expected but I always make sure my employees are happy, I pay then on time. I remember last year November when I gave them their first salary. I paid myself R100.00, noted Drew.

Education is one of important things to Drew as an entrepreneur “education is not the only key to success, what matters is how you use the information you have acquired. You must choose wisely, not everyone will believe in what you do and that should not stop you” noted Drew. Success for Drew depends on what the business does for the community, he believes starting a business is not just to make money but to help grow the economy .Drew encourages young people who want to become entrepreneurs, to do research about the type of the business they want to do. He has also noted that nothing is easy, that they should still consider education as important.